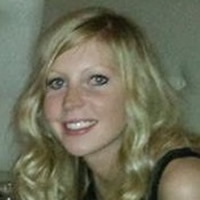 I obtained my undergraduate degree in Molecular Genetics from the University of Edinburgh. During this time and since graduating I have enjoyed working in different labs. I became interested in how cells respond to DNA damage and different genes involved in this process.

My project aims to understand the functions of a pair of interacting proteins, conserved between human and yeast cells that are important in cancer, protein translation and possibly telomere biology.

Telomeres reside at the ends of our chromosomes and function to protect genomic information from chromosome shortening during DNA replication. Telomere capping proteins also protect the chromosomes from being recognised by the DNA damage response, as uncapped telomeres strongly resemble a break in DNA. Interestingly it has been shown that some DNA damage proteins that function to recognise and remove DNA damage have also been shown to have functions associated with telomeres.

MCT-1 is a gene that has previously been shown to play a role in the DNA damage response. It has more recently been shown by the Lydall lab that the yeast ortholog of MCT-1 and its interacting partner DRP-1 supresses a telomere defect. My project aims to investigate this novel interaction.

This work is relevant to cancer since MCT-1 is up regulated in many cancers and defects in the DNA damage response make cells susceptible to cancer.